You may be eligible for Ordinary membership if you have served or are serving in:

• The Canadian Armed Forces or Her Majesty’s Armed Forces (regular force or reserve force with class “C” service); or

• The Armed Forces or underground forces of any of Her Majesty’s allies in a war or police action in which Canada was involved; or

• The Merchant Navy or non-military services in an actual theatre of war in which Canada was involved; or

• Her Majesty’s reserve force including Cadet Instructors on the Cadet Cadre. Must have at least one year (12 months) service; or

• The Royal Canadian Mounted Police or The Royal Newfoundland Constabulary for not less than one year; or

• The Armed Forces of a country while that country was a member of NATO or NORAD; or

• The United States Forces; or

• The Vietnam War with the Armed Forces of the United States, Australia, the Republic of Korea or South Vietnam, and were a Canadian citizen or Commonwealth subject at the time of service. 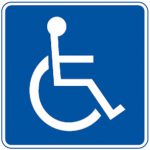